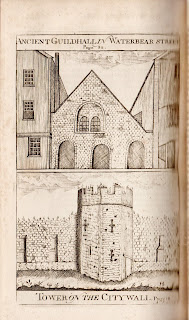 II:  Steel Engraving The first illustrations in printed books used the woodcut, a relief process where the back is cut away leaving the design raised. Probably because both wood and wood carvers were plentiful this remained a popular printing technique long after copper plate engraving had been invented. Wood would remain an important medium for illustrations until the 20 th century and early Victorian guide books often included attractive woodcut s. Because they were relatively cheap to prepare, woodcuts also tended to be popular in penny newspapers and where illustrations were embedded in the text. Despite the increase in copper printing, innovations in wood block engraving continued throughout this period. [i] Alexander Jenkins had used wood engravings to illustrate his History ... of Exeter (1806) which he himself had prepared. [ii] When the London Illustrated News hit the streets in 1842 it contained 32 wood engravings and sold 26 000 copies.   Fig. 1. Alexander Jenki
Post a Comment
Read more
- September 02, 2020 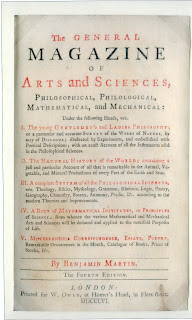 III. Subscribers and Funding Subscribers were an important feature when it came to covering the cost of publishing expensive books. John Ogilby in the mid-1700s had shown how atlases could be produced in parts with the subscribers paying a monthly fee for the next part of a work. Ogilby's career as a publisher and printer was gradual. The first editions of his Vergil and Aesop were published by John and Andrew Crook, not known for the quality of their printed works. [i] His edition of Vergil's works, printed in 1654, was already a splendid volume, of which Ogilby wrote jubilantly that it was "the most beautiful that the English art of printing can boast of to date". [ii] Ogilby had financed the printing of the elaborate edition of Vergil's works with an entirely new and innovative method: subscription. To illustrate the work, he had one hundred full-page engravings made according to designs by the renowned painter Francis Cleyn. Subscribers could then pay to
Post a Comment
Read more
More posts